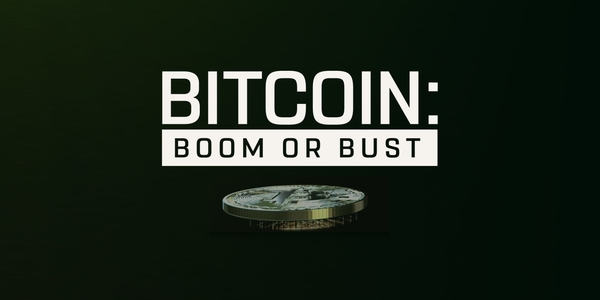 Everything in the previous year has really gone off the beat whether in regard to global pandemic, travel restriction, countrywide lockdowns or market uncertainties as well. In Spite of all that, here we truly have witnessed that one financial digital asset accelerated the highest and that is Bitcoin. However, it again saw fallback as well.

So, being a prospective Bitcoin investor or maybe the existing one, you must be wondering whether Bitcoin will go bust or boom during the end of 2021. Here let’s see:

Earlier the cryptocurrency marketplace has certainly witnessed the glorious momentum in Bitcoin exchange for US Dollar (BTC-USD) where unexpectedly the price reached the skyrocket height of $60,000 from $10,000 instantly. As we already know that the scenarios never remain the same in any exchange market whether it's a stock exchange or maybe a currency exchange as well. And the same mechanism applies to crypto platforms also where circumstances change immediately that directly affects the prices of cryptocurrencies.

So, here the situation also reversed with the Bitcoin price where it literally reached back around half of the rally. Even before touching the mark of $60,000, the price for Bitcoin also fell during last summer when it was traded in the $10,000s. Now there might be several factors like retail investors speculating, institutional adoption of bitcoin or increased retail as well that actually drove the price back. Although the continuous adoption of Bitcoins went on increasing until the sudden uncertainty counterbalanced the scene by causing Bitcoin price to fall.

Presently, Bitcoin really seems going on its way back but there are some reasons that induce Bitcoin price faded after it touched the all-time sky high point:

Will Bitcoin Go Boom or Bust by the End of 2021?
Based on the current cryptocurrency payment mechanism, it can be stated that crypto adoption is really going to boost in the coming future. And Bitcoin is the most popular cryptocurrency among users. So, it is certainly going to rise in the coming years. Bitcoin users are suggested to be always prepared for a sudden drop of 50 percent of its value at any point of time. However the price decline could be substantially higher than the current price.

Here the sudden fluctuations in Bitcoin value actually reflects the uncertainties of exchange markets in the overall world. But there is no risk like Bitcoin price will go down to zero or Bitcoin cryptocurrency being banned as well.

Here the bottom line is that Bitcoin investment is meant for those users who are really capable enough in comfortably tackling its stomaching volatility. Overall the upside story of Bitcoin journey is strongly overriding its downside part. Bitcoin has really gone through many wild ups and downs & it can be expected to have the same in the future as well. However, it certainly holds great potential for long term investors and you can place your money behind it.