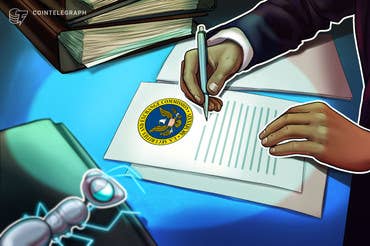 But today the scenario has completely changed with the decision of currency exchange regulators and a few politicians as well who have decided to join the platform. Before this decision, this marketplace was running without any intervention of official authorities.

Presently, the House Committee Chair has created a working group where the Securities and Exchange Commision (SEC) is attempting to find the new authorities for the regulation of the entire cryptocurrency ecosystem.

Here if you are already engaged with the Cryptocurrency Platform then this one is really going to be important for you. Because the previous few weeks have absolutely witnessed some regulatory activities around digital currencies. So, if you are dealing with the crypto assets then you are definitely required to pay close attention to this.

In April 2021, Mr Gary Gensler was appointed as the Chairman of the Securities and Exchange Commision (SEC) and in September, he literally assured the legislators regarding the volatile cryptocurrency markets. He has provided that the Wall Street’s principal regulators are genuinely working overtime so that they can certainly develop some great set of rules with the intention of balancing the interests of the American innovators.

Further, the Chairman Gary Gensler has also informed the Senate Banking Committee that his entire team and himself as well are continuously trying to safeguard the interest of the investors by providing a proven set of rules and regulations. All these rules and regulations will absolutely cover the thousands of new digital coins as digital assets along with keeping an eye on the transactional movements of bitcoins and other ether markets as well.

When The Regulators Encounters ‘Wild West’:

As you already know, Coinbase is the popular digital currency platform that allows you to exchange your currencies and store it as well in your digital wallet. In early September, this digital currency exchange publicly disclosed a complaint against the threat which came from top US markets as well as the Securities Exchange Commission (SEC). Both these committees have warned the Coinbase digital currency exchange that they will certainly sue the company if it will not pause its lending operations to the general public.

Not only this, but a new law has also been proposed along with the infrastructure bill which states that those business houses who are accepting digital coins in the form of payments will now be required to disclose these transactions to the tax authorities. These regulations are expected to work in the same manner just like they work for security exchanges. And the proper implementation is going to start from the 2024 tax season.

Cryptocurrency Firms Trying To Compete With The Traditional Banks:

The leading crypto traders continuously straying into the traditional banks working mechanism to a greater extent and endeavouring to offer the same kinds of services. And this became the main reason due to which the central authorities have started intervening to crack down the whole decentralized system and moreover gaining control over the widely unregulated platform. But this sector is still working on some rules and regulations even if it is their own which makes it fall into something of a grey area.

Here after seeing today's cryptocurrencies market scenario, we can say that the next coming several years are absolutely going to witness enforcements as well as unprecedented fines. So, the crypto exchanges are certainly required to invest in the anti-money laundering compliance programs for strengthening their entire decentralized systems. And if they don’t do it now then they are surely going to bear the major losses. Moreover, the threats of the money laundering activities over digital assets markets can surely harm their reputation which has truly become the key for them in their successful market adoption. Here one thing is certain that if the chairman Gensler’s Securities and Exchange Commission will not restrict the jurisdictions of digital assets by implementing limitations on it then the court surely will.